A grassroots movement to build an interconnected trail system from Honesdale to Hawley and possibly beyond gained the support of the Wayne County Commissioners, who agreed to allow the county to serve as the applicant for a grant to fund a feasibility study.

Members of the newly formed Wayne-Pike Trails and Waterways Alliance hope to build or improve  vibrant and safe trails for hiking, biking, kayaking, fishing, nature education and other activities along the Lackawaxen River, the Stourbridge Rail Line and Honesdale Borough parks.

The Wayne County Community Foundation agreed to be the non-profit organization through which funds are collected and funneled for the project. The Alliance, with help from the Community Foundation, raised the $40,000 match for the feasibility study. 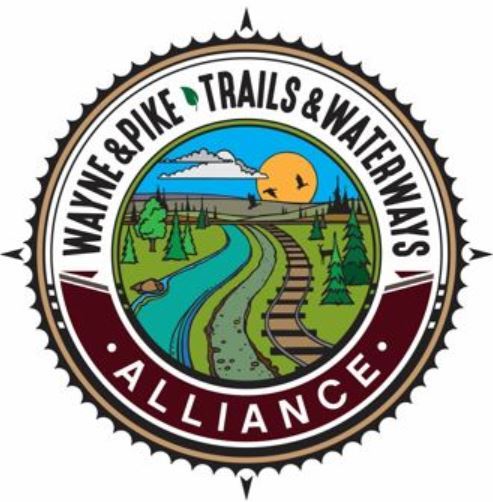 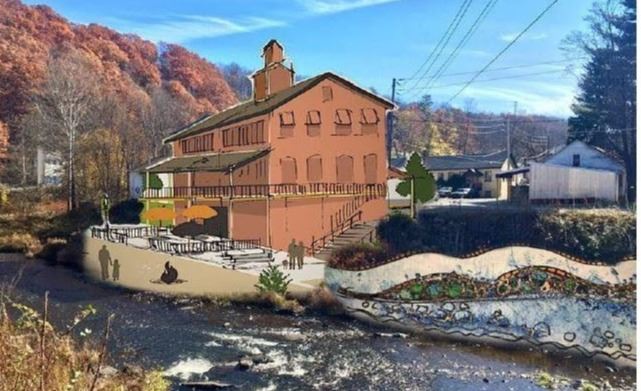 Wayne County, on behalf of the foundation and the alliance, obtained a grant from the Pennsylvania Department of Conservation and Natural Resources to support a Greenways Trails Feasibility Study.

The Alliance is a consortium of four groups with a common goal. The Stourbridge Rail and Trail group, along with the Honesdale River Project and HonesTrails, and the Wallenpaupack Trails and Lock 31 Group all envision a trail system embracing the river that runs through the Honesdale-Hawley corridor and the natural beauty of the area’s parks and woodlands.

In June 2018, The Rails and Trails feasibility Study was awarded to Woodland Design Associates of Honesdale and an advisory committee was named to assist the consultant with the development of the plan.

The Wayne County Trail Feasibility Study, specifically between the Boroughs of Honesdale and Hawley and within the Lackawaxen River corridor, began with exploring the need for, and potential of, a trail network combining hiking, biking, and boating within the area. A community-based process examined the opportunities to create connections between key community recreational resources and the local economy.

After completing an inventory and analysis of existing conditions and regulations, a study committee, including community members involved with business, recreational, tourism, and municipal backgrounds, created a successful online survey to assist in interpreting the public’s needs, desires, and concerns. 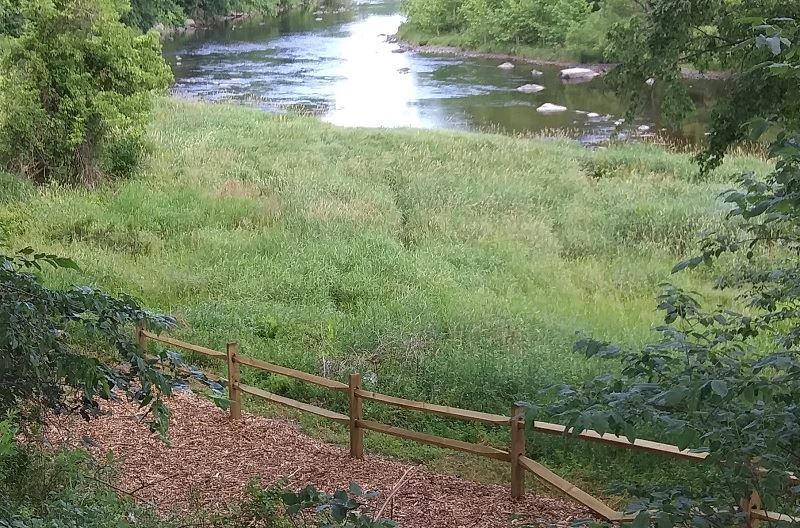 owing public hearings to identify the pros and cons, a Trail Concept Plan was created, illustrating the potential of a future multi-use trail system within the Lackawaxen River corridor. The Trail Concept Plan depicted the large scale and long-range vision for what the trail system could become - using the river, railroad, and U.S. Route 6 corridors to interconnect key community resources, existing trails, recreational facilities, economic hubs, and cultural opportunities.

Members of the Wayne & Pike Trail & Waterways Alliance met with a representative from the PA Fish & Boat Commission (PFBC) to discuss the designation of the Lackawaxen River as a PA Water Trail. Right now, the Alliance is focused on creating a series of small craft launches along the river between Honesdale and Hawley, that should be relatively easy to develop.

PFBC suggested four sites for immediate attention: Bingham Park in Hawley (pictured), Lock 31 just to the west of Hawley, on a plot near CVS in Honesdale as well as Industrial Point.  To that end, the Alliance is seeking two grants. One will be used to make improvements to the sites, which are relatively minimal in most cases. The second grant is designed to recruit new fisherman.

The Alliance will be partnering with Trout Unlimited to implement the education grant which will teach 11-14 year olds about fly fishing and river conservation. The Alliance will also work with PFBC and the Wayne County Conservation District on signage about rules and river ecology.

The Hawley Borough Recreation Commission already received its own grant and developed a launch site at Bingham Park, shown above.

The Pennsylvania Department of Conservation and Natural Resources (DCNR) has announced Wayne County will receive grant funding in the amounts of $250,000 and $158,000 to develop access parks at Industrial Point in Honesdale and at White Mills respectively, part of the larger Lackawaxen River Trails system.

These awards, coupled with more than $300,000 in grant funding from the Pennsylvania Fish & Boat Commission (PFBC) announced earlier in 2021 will provide the necessary funds needed to complete the projects once put out to bid. The county has worked closely with the Wayne Pike Trailways and Waterways Alliance (WPTWA) to secure funding and site plans for the two access parks which will result in, for the first time, official access points on the river.

Industrial Point in Honesdale will see demolition of a vacant structure to make way for safety, storm water management and a public picnic area next to the river access, all as part of a recent Local Share Account grant awarded to the county. Stormwater improvements will also be made to the site before the DCNR and PFBC funding provides for a boat launch, comfort station, pedestrian walkway, and ADA access as well as landscaping and other improvements. The project will enhance the experience for anglers and nature lovers to downtown Honesdale and allow for paddlers to easily launch and travel to White Mills and Hawley.

White Mills at the Factory Field site will also see improvements including a boat launch, fishing pier, composting-comfort station and parking area with ADA access and landscaping as well as signage thanks to the funding secured from DCNR and PFBC. A third river access is complete at Bingham Park in Hawley.

“These river accesses will provide an important connection between our communities and countless individuals who will now have adequate, safe access to the Lackawaxen River for recreation,” said Wayne County Commissioners Brian Smith, Joseph Adams and Jocelyn Cramer. “In the short term, these projects will provide for construction jobs. In the long term, they will have far-reaching impacts to the tourism and hospitality industry and the overall local economy.”

Community donors have helped tremendously in the efforts to fund and complete a feasibility study which was released in May 2020. “This work has been in planning for several years and this additional state funding brings more of this plan to fruition,” the commissioners added.

"Donations from local foundations, businesses and individuals are making these grants and the projects possible. We look forward to welcoming everyone to these sites once completed,” said members of the WPTWA.

Tax deductible donations can be made online through the Wayne County Community Foundation.